Need a high quality contractor for your project?

Get a free estimate now

Asbestos is composed of multiple natural minerals that are grouped together to form a fleecy consistency. Older homes and buildings use this type of material because it’s a great insulator since it is resistant to electrical voltage and heat. It’s also a great binder as you can blend it with other materials, such as plastic for example, to make the end product even stronger.

All that changed in 1989, which the Environmental Protection Agency banned asbestos because of the inherent dangers it poses to the inhabitants. The problem is that the fibers that get into the air are microscopic. You can inhale or swallow these fibers without knowing about it. The body also has no natural ability to dissolve these materials so they stay in your lungs, throat, and stomach. It takes at least 20 years before the symptoms developed and by then it may be too late.

Prolonged exposure to asbestos may cause chronic obstructive pulmonary disease (COPD), asbestosis, lung cancer, pleuritic, peritoneal mesothelioma and pleural mesothelioma, and they are all deadly.

Although you may have heard about COPD, let’s discuss further the two diseases that are closely associated with asbestos exposure:

Not all asbestos exposure will result in the individual developing a fatal disease. There are three main risk factors that seem to contribute to the health problem:

Despite the misconception, asbestos by itself is not dangerous. Exposure doesn’t automatically cause death.  In fact, the Occupational Safety and Health Administration said that over 40% of the land area in the US, along with a significant portion of its potable water, contains asbestos.

With asbestos being non-biodegradable, it’s almost impossible to get away from this material.

In fact, some of the construction materials today still use asbestos. For instance, it’s being used for insulating furnaces and boilers, for soundproofing, wiring insulation, asphalt floor tiles, carpet adhesives, wallboard, and roof shingles. You will also see it in clutch pads, brake linings for cars and elevators, gaskets, protective clothing, plastics, and heat-proof clothing and gloves.

What are Friable and Non-Friable Asbestos?

Although there are six main types of asbestos minerals as classified by the EPA (amosite, anthophyllite, chrysotile, crocidolite, actinolite, tremolite), they are classified into friable and non-friable.

Friable is the term used for the material containing asbestos can be crumpled, scrunched, and pulverized even with the slightest force. That means asbestos is likely to be released into the air where they can be inhaled and ingested. Some of the materials that use friable asbestos include fire retardants, boiler or furnace insulation, pipe insulation, vinyl sheets underlay, and sprayed insulation.

In contrast, non-friable means the asbestos is bonded into another material. This means the possibility of the substance going airborne is very unlikely unless they are disturbed with great force. They are generally considered generally safe around humans and pets. Among the examples of non-friable asbestos are downpipes, asbestos concrete products, corrugated sheeting in ceilings, roofs, and walls. It should be noted, however, that if asbestos may still be released in the air if the bond is damaged is destroyed.

Can You Legally Remove Asbestos on Your Own?

Legally speaking, however, you are not violating any law if you try to remove asbestos by yourself. The Environmental Protection Agency also has no rules that will penalize you for doing this. However, you are exposing yourself to unnecessary dangers if you don’t know what you are doing.

In fact, when you suspect asbestos in your property, leave the premises immediately. Don’t try to tear the insulation off, don’t cut the walls or drill any hole. Don’t try to dismantle the insulated wall. In fact, don’t do anything else but call in the professionals.

Disturbing friable asbestos will cause these microscopic materials to be airborne. Your neighbors certainly won’t appreciate that fact.

However, you should also check with the local offices because asbestos removal may vary from state to state, county to county or city to city. Just one example: in Seattle, you have to secure an authority from the Puget Sound Air Pollution Control Agency, in addition to the demolition permit form the local building office.

You will seriously incur fines for improper asbestos removal.

Then there’s the issue of disposal. You can’t just dump asbestos on the landfill. You have to call ahead if they accept the material on their site. Some landfills require that you call ahead—at least 24 hours—so they can prepare their site.

While waiting for the landfill, you need to store the hazardous waste somewhere where they can’t pose any kind of health risk.

As to the transport, you need to double wrap the material in plastic and tape. The EPA recommends that you use very thick plastic sheets that you just purchased. You also have to label it from the outside as asbestos waste. Then you need to find the right vehicle to transport asbestos. The vehicle should be properly covered and it should be leak-proof.

You can’t throw asbestos on the garbage bins outside where they can be picked up unknowingly by the garbage truck.

The EPA imposes fines, which have increased beginning Aug. 1, 2016, for illegal disposal of hazardous and toxic wastes—which include asbestos. The increase in fines was a direct offshoot of the Federal Civil Penalties Inflation Adjustment Act Improvements Act of 2015 signed by President Obama.

For instance, the fine for violating the Clean Air Act has increased from $37,500 to $93,750. That’s not the aggregate amount, either, but rather the penalty you will pay each day for each violation.

You can agree that it’s a stiff fine when the original intention of your DIY asbestos removal project was to save money in the first place.

After that, you also have to worry about decontaminating your home. How sure are you, for instance, that you already cleared all traces of asbestos from your property?

Simply put: If you are thinking about doing this on your own in order to save money, don’t.

It’s best to call professionals to do the job for you.

How Much to Remove Asbestos from Your Property?

It should be noted, however, that asbestos removal is by no means cheap.

You will take a hit depending on the extent of the asbestos cover as well as the dimensions of the property. A three-story building would definitely cost more than a bungalow due to the total square footage.

The inspection alone will already run you a few hundred bucks. Then there’s the lab tests, the removal process itself, and the post-inspection.

You are looking at thousands of dollars when you hire a third-party removal service.  Just to give you an idea, a 750-square meter room may cost you somewhere around $10,000 for complete asbestos removal.

This is why you really have to be careful of purchasing houses or properties built between 1930 and 1950. They are likely to have asbestos as insulation. Houses after that up until 1977 may also have some asbestos in the patching compounds or paint. If in doubt, call in experts to inspect the property before making any kind of commitment.

Murray Demolition has been in the service for over a decade. Throughout the years, it expanded its services to include safe removal of asbestos, lead, and other toxic substances from homes, commercial, and industrial sites. In fact, you can actually save some money when you hire Murray Demolition because we can already include in the package asbestos removal. Call our customer representatives now and they will tell you how! 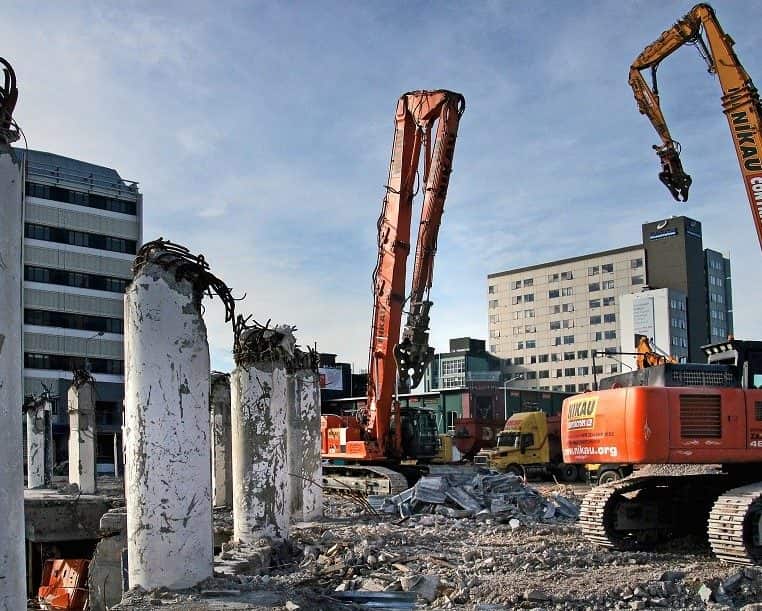 The Selective Demolition Costs That May Affect Your Project 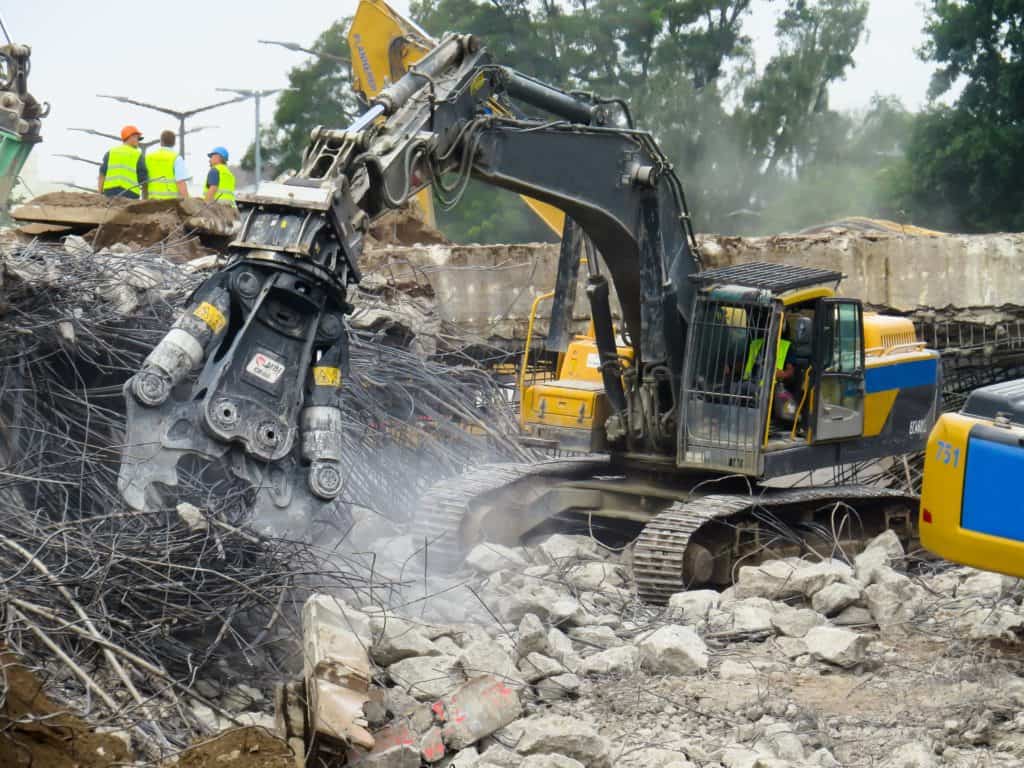 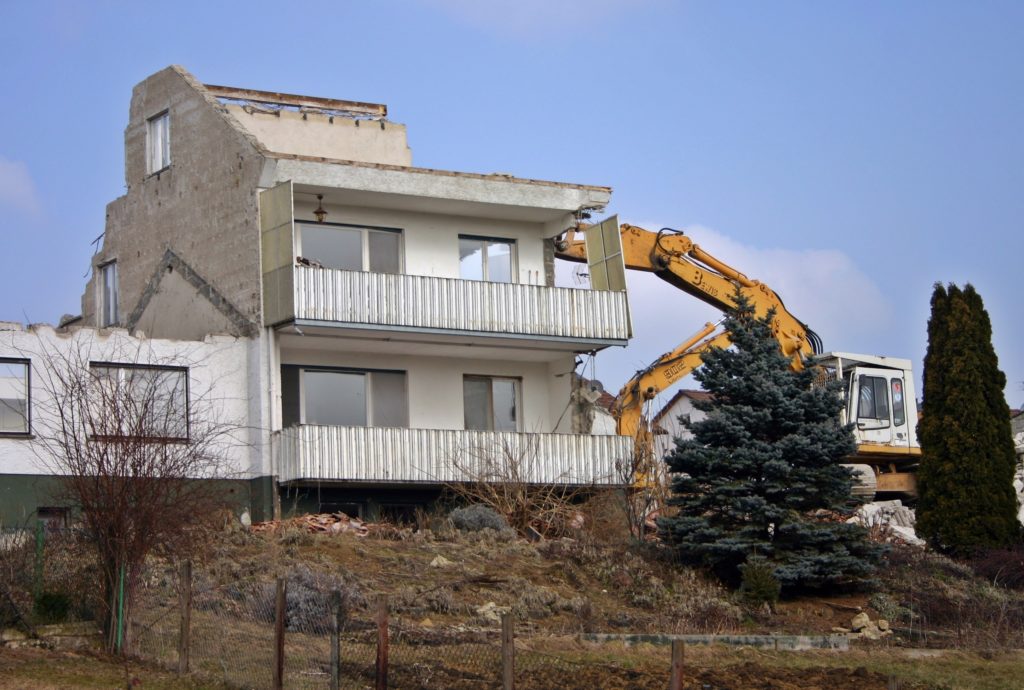 With Murray Demolition you'll get an efficient team with skills and equipment to effectually and quickly carry out the project without great inconvenience to you and your neighbors.

There's no reason why you shouldn't work with us. We are waiting for your call.

Hit enter to search or ESC to close